Serif. It’s one of the first words you’ll encounter in the typography world. You’ve, no doubt, heard it over and over again. That’s what led you here today. What is serif!?

In short, it’s decorative stubs on a character. 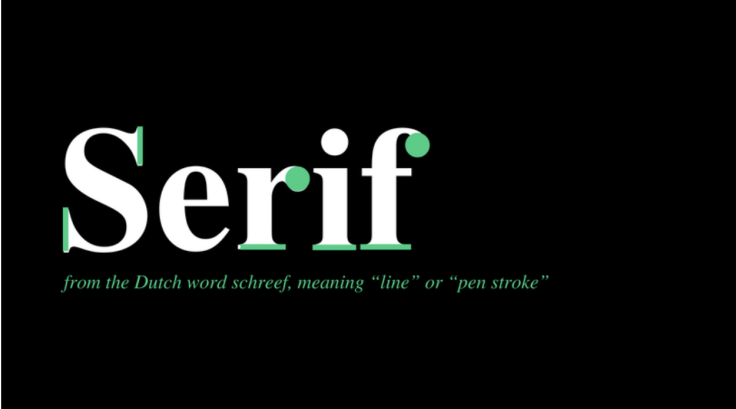 The history of the term is obscure, but one of the most popular theories is that it originates from the Dutch word schreef, which means a “line” or a “pen stroke”.

In his book The Origin of the Serif, Father Edward Catich said serifs were first introduced when outlines were painted onto stone as an guide for carvers. The stonemasons would then follow the brush marks, which would invariably include flaring at the end of the strokes.

Others, however, believe serifs were introduced to make the end of lines more neat when chiseling into stone.

Serif fonts can typically be broken down into four sub-categories, each with their own defining features. Let’s take a look at the different styles in the order in which they appeared. 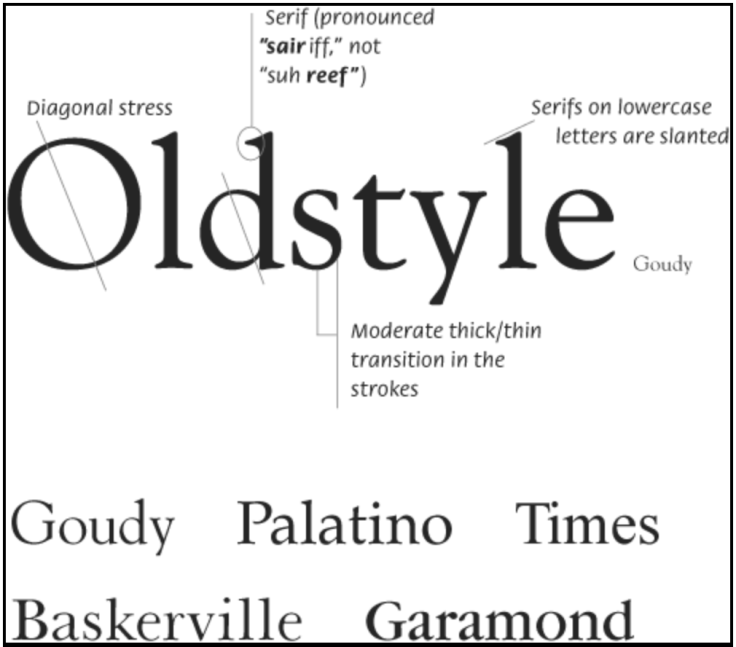 Old Style serif fonts date back to the 1400s, and were inspired by the calligraphy of the day. The connection to the scribes can be seen in the rounded strokes and thick to thin lines.

The serifs are placed at an angle, which makes it an easy-to-read typeface. Both in the “olden days” and today, the style is a favorite of newspaper, magazine and book publishers.

The Transitional (or Baroque) typeface rose to popularity after the middle of the 18th century. It is considered to be in-between the Old Style and the fonts of the future, hence the name.

You can see the difference by the thick and thin lines. In Transitional typefaces, they are more dramatic than the Old Style but less than in the Didone style. 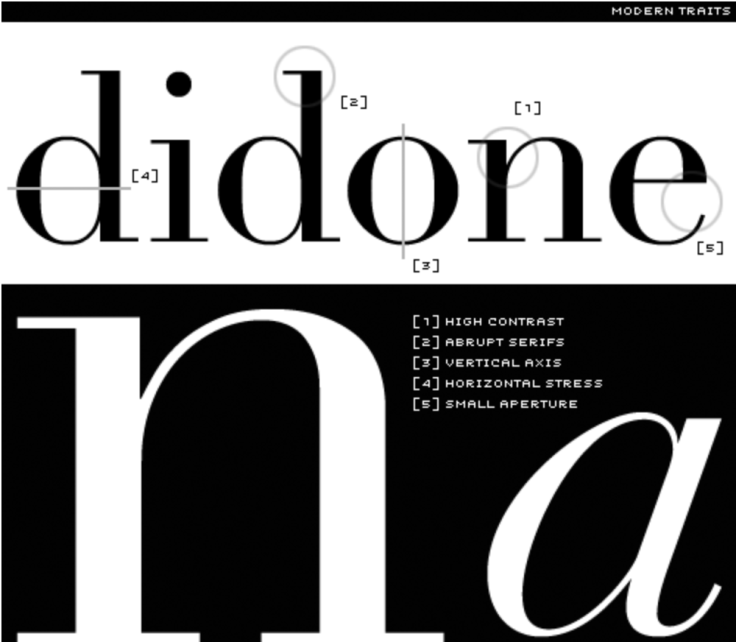 Didone (or Modern) serif typefaces rose to prominence in the late 18th Century. There’s a stark contrast between thick and thin lines. The serifs on the Didone style tend to be very thin, while vertical lines are often heavy.

It became VERY prominent in magazines during the early 19th Century but faded with time.

Slab Serif appeared in the early 1800s. The style is characterized by thick, block-like serifs -- often as wide as the vertical lines.

The Slab Serif style, with its eye-catching features, is a common choice of poster designers.

When Designers Use Serif Fonts

Professional designers know the importance of typography. The right font can transform your entire project from drab to fab. You’ll know you’ve found it because it’ll establish the tone, grab your attention, and breathe life into your vision.

On the other hand, pick the wrong font at your own peril. It could kill your design or make it totally illegible.

The first question when choosing a font is, “Should I use a serif or sans-serif font?”

Here are a few times serif may work in your favor:

A general trend within the industry has seen logo designers edge towards sans-serif fonts (typefaces without serifs in them). Google ditched its serifs, as did Yahoo!

So, if modern companies ditched it, why should your business consider it for a logo?

Use it when you need to establish history and authority.

Think about Time Magazine, for example. They’ve been publishing for nearly a century, and many would label it as a dependable and well-researched brand. With those attributes, a serif logo makes sense.

Use it to convey quality and class.

Watchmakers at Rolex produce a high-end product; it’s the hallmark attribute of their brand. Their serif logo expresses this standard of quality.

What does your logo design communicate?

Serif is an easy-to-read font. It’s one of the major reasons publishers choose it.

Newspapers such as The Washington Post and LA Times use serif fonts in their body text, headlines, and subheadings. Combined with a sense of quality and class, it’s clear why publishers choose this style.

Many modern designers combining serif and sans-serif fonts for a balanced look.

Alternatively, you could pick a serif font family and choose different weights for your headline, sub-headlines and body text. It’s a quick and elegant solution to font pairing for the web.

We’ve talked a lot about print design, and how they used Serif in the olden days. However, that doesn’t mean you should overlook it in modern web design. Here are some great-looking examples to prove these fonts still have a place in 2018. 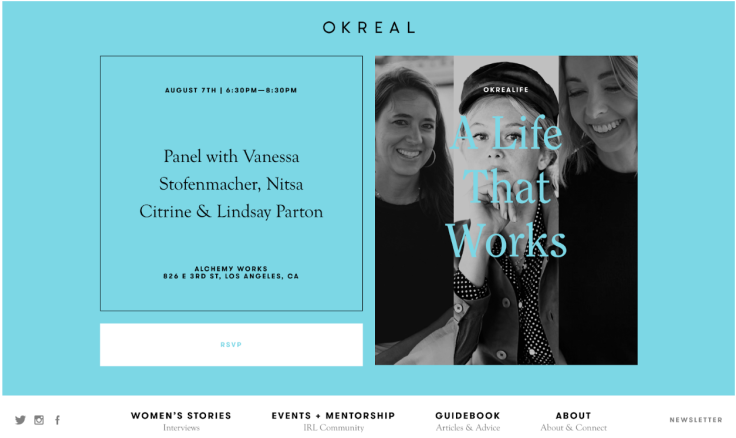 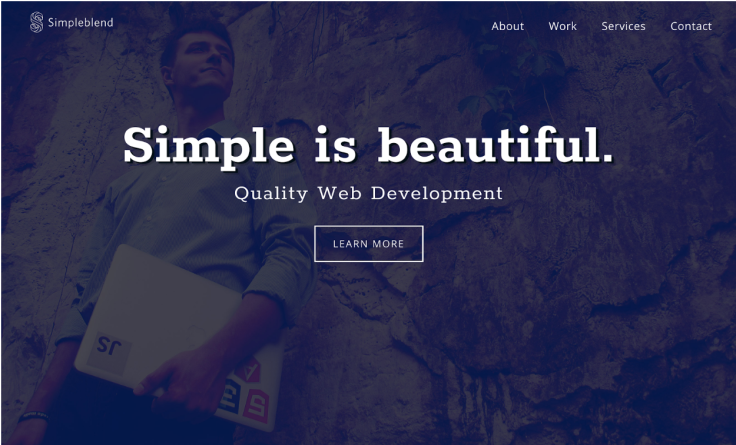 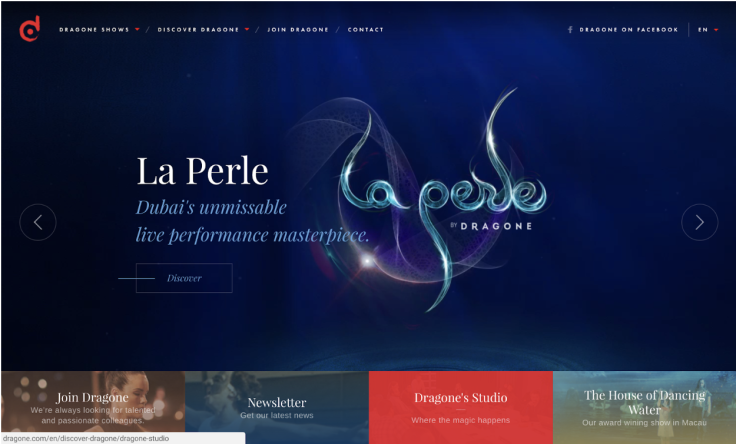 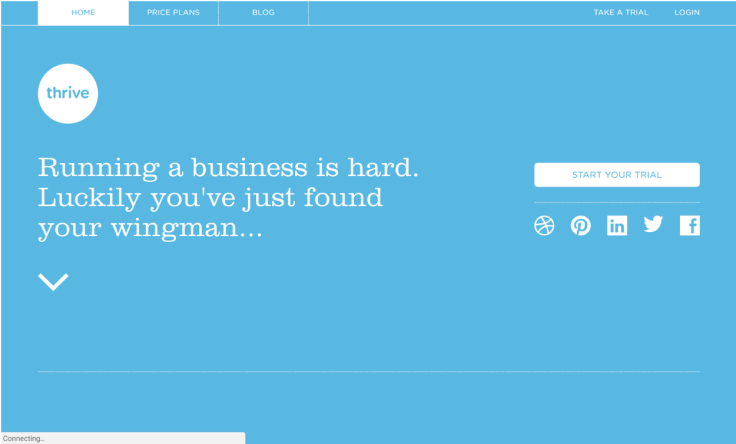 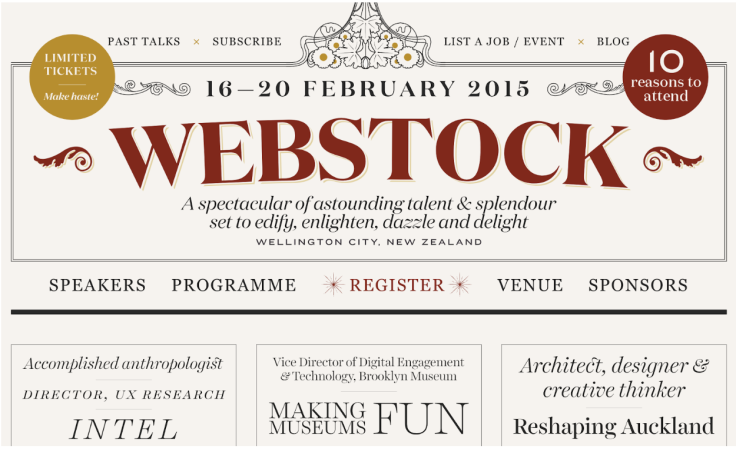 For those just starting out, the sheer number of fonts to choose from feels daunting. Serifs impart authority and are easy-to-read, but which one should you pick?

Here are a few of the popular Google Fonts. 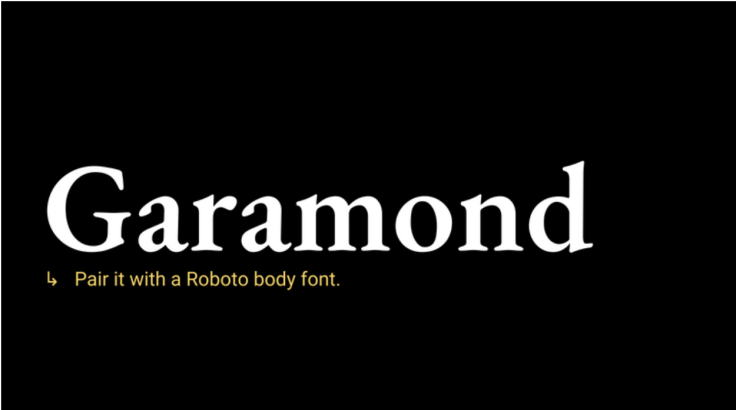 EB Garamond is a much-needed update to Claude Garamond font from the mid-16th Century.

The new version brings the typeface into the modern era, making it perfect for a modern brand that wants to establish themselves. A fantastic pairing for EB Garamond is Roboto regular, a sans serif font that is easy-to-read on the web. 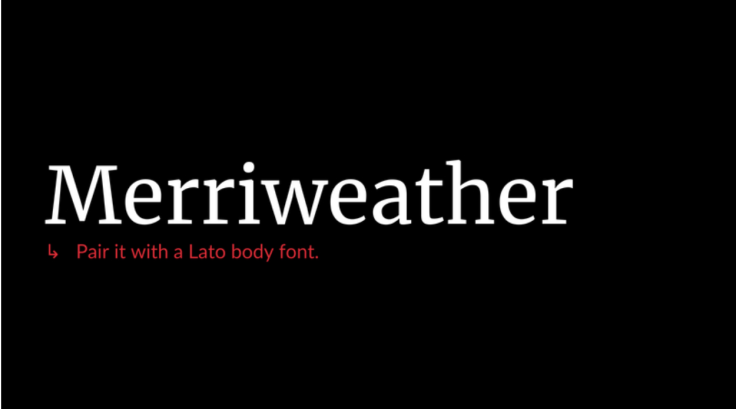 We may have said that sans serif fonts are perfect for screens, but that doesn’t mean a serif font can’t work. Merriweather was created with computers, laptops and smartphones in mind.

A mild, diagonal edge brings some boldness to the design, while the serifs are relatively thick in nature. Popular pairings with Merriweather include Lato and Roboto — both sans serif fonts. 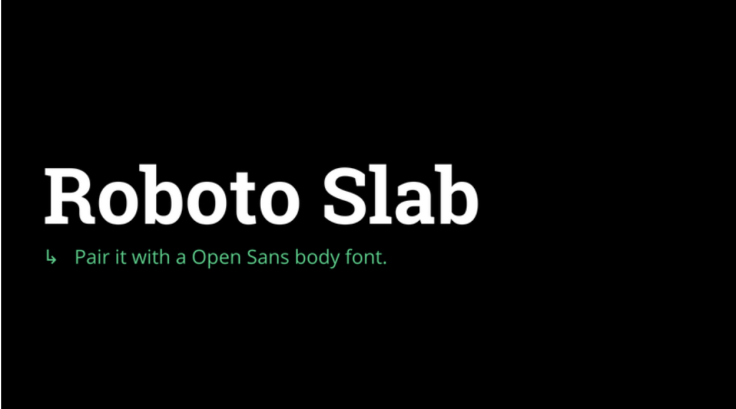 Roboto Slab is a bold mixture of classical and curvy. It’s rounded lines sit on rigid verticals. It forms part of the Roboto family, a favourite of the Google designers.

Roboto Slab works well with other members of its family, but also Lato or Open Sans.

Okay, so that’s about all there is to say about the Serif typeface. If you’ve read this far, you must be hungry to learn about design. That’s rad. Here are some related terms to learn about: